Hippocrates (460 – 370 BC), the father of medicine, was the first to write of the medicinal virtues of donkey milk. In the Roman era donkey milk was recognized as a common remedy, Pliny the Elder (23 – 79 AD) in his encyclopedic work, Naturalis Historia, wrote extensively about its health benefits, but it wasn’t until the Renaissance that the first real scientific consideration was given to donkey milk.

Queen Cleopatra was famous for her donkey milk baths that gave to her skin and body an everlasting beauty.

Hailed by the ancients as a cure for a variety of ailments and an anti-ageing skin tonic, donkey milk is enjoying a revival. And its popularity is likely only to grow further after Pope Francis this month revealed he was fed it as a baby in Argentina to supplement his mother’s milk.

Is donkey milk in reality a veritable elixir? Read more the scientific evidence below.

Sensitive skin, who have an allergic reaction to many care more easily tolerate cream with donkey milk.

The milk of donkeys is regenerative for the skin because of high levels of protein, phospholipides and ceramides, which in turn confer it with both soothing and restructuring properties.  The product possesses a verified anti-wrinkle effect, eliminates wrinkles and prevents these from appearing product of the passing of time in the skin, face and neck. On the other hand, it eliminates and reduces the signs of expression.

Donkey Milk Facial Cream is also powerful tensor and hidratator of the skin.

When we thought about designing a cosmetic product with its main recipient to be the donkey milk, we thought about a daily care product, everyone or almost everyone, man and woman could use and benefit from.

The donkey milk soap was the most prevalent daily skin care product each one uses everyday.

You may choose your own donkey milk soap, regular or with more cosmetic ingredients for combined action from our donkey milk eshop.

Could DONKEY MILK be the elixir of life? 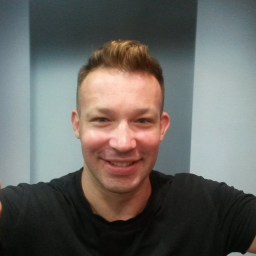